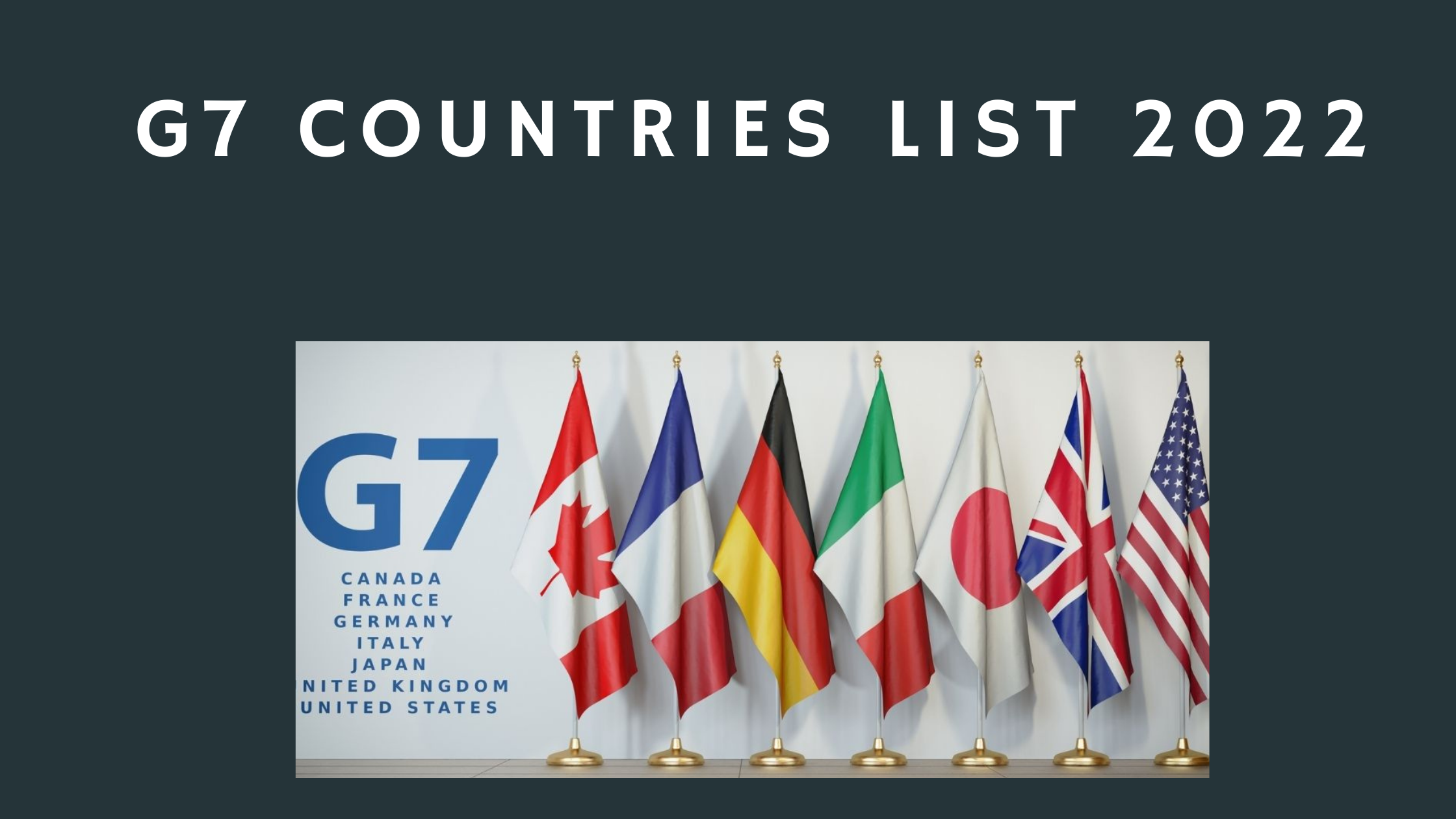 G7 Countries List 2022 Updated | G7 Summit 2022 held in which country : G7 is a term that is used to describe the “Group of Seven” a coalition of seven countries that have the largest and most advanced economies in the world: the United States, Germany, Japan, the United Kingdom, France, Italy, and Canada, along with the European Union. The G7 members represent over 46% of the gross domestic product globally based on nominal values. These countries represent over 32% of the GDP based on purchasing power parity. In 2018, the countries in this group comprised more than 60% of the global net wealth for a total of $317 trillion.

The G7 was originally founded in 1973 (though as only a group of four) in response to the collapse of the exchange rate in the 1970s, the energy crisis, and the recession that followed. The G7 meets at least once per year to discuss and share solutions to global concerns including economics, trade, security, and climate change. In its nearly 50-year history, the G7’s accomplishments include the launch of financial initiatives to aid heavily indebted countries, assisting in the fight against HIV/AIDS, and helping enable the 2015 Paris Agreement on climate change. The G7 has also become involved in the Financial Stability Forum. The nations that are currently part of G7 include Canada, France, Germany, Italy, Japan, the United Kingdom, and the United States. Of these nations, all seven are top-ranked countries for the highest net wealth per capita, all are leading export countries, and five are on the list of top 10 countries with the largest gold reserves.

The initial meetings of what would become the G7 began in 1973 and included only four countries: the United States, the United Kingdom, West Germany, and France. Japan accepted an invitation to join soon after, and Italy was added in time for the first formal meeting of the “G6” in 1975. Canada was added in 1976. Also, either the European Economic Community or the European Union has typically attended G7 meetings since 1981 as a “non-enumerated” member. Russia officially joined the G7—which was renamed the G8—in 1998. However, Russia’s annexation of Crimea in 2014 led the other G8 members to suspend Russia’s membership and revert to the G7 moniker. Russia officially left the G8 in 2017.