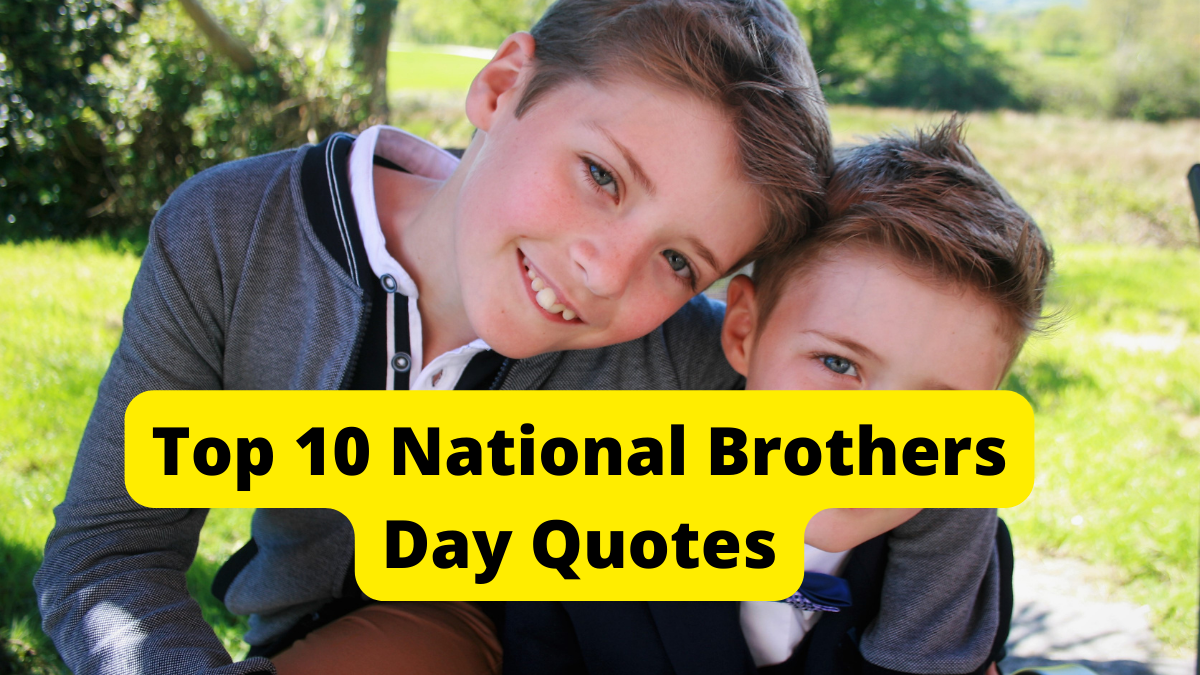 Top 10 National Brothers Day Quotes : May 24 is National Brother’s Day, so call your brother and tell him you love him, even though he’ll say you‘re weird afterwards. When you were younger, you argued over LEGOs or whose turn it was to sit in the front seat. Yet in some strange way, those childhood squabbles served to make you closer over the years.

Your lovable but insufferably annoying brother gets his own day on National Brother’s Day on May 24. You love ’em, you hate ’em; they can often be your nemesis, especially when they poke fun at you in front of your crush. But we know they’ll pull through for you when needed and they love you just as much as you love them.\