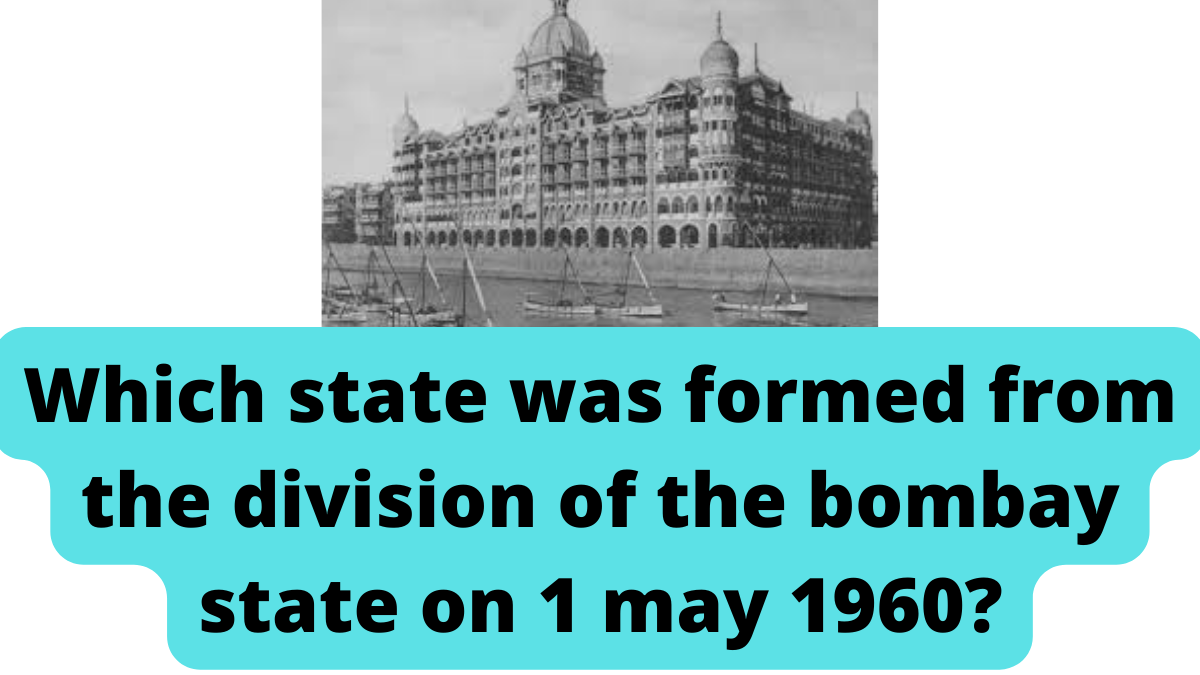 Which state was formed from the division of the bombay state on 1 may 1960? :The government of India saw the simmering protests in the state and charted out the Bombay Reorganisation Act, which the Parliament passed on May 1, 1960. Thus, two new states, Maharashtra and Gujarat, were formed in India.

Maharashtra Day commemorates the formation of the state in 1960. On May 1, 1960, the Bombay Reorganisation Act came into effect, creating Maharashtra, following many protests and demonstrations in support of the new state.

Which state was formed from the division of the Bombay State on 1 May 1960?

After gaining freedom from colonial rule, the provinces and princely states were reorganised into the Union of India through the States Reorganisation Act, 1956. The Act proposed the reorganisation on the basis of the language spoken in a region.

Two significant groups emerged — those speaking Marathi and Konkani, and those who spoke Gujarati and Kutchi. This triggered the demand to divide the Bombay State into two. To achieve this, the Bombay Reorganisation Act was passed in the Parliament in April 1960.

Multiple events are held across Maharashtra to mark the occasion. A grand celebration is held at Shivaji Park in Mumbai which is attended by the Governor.

The celebrations have remained muted over the past two years due to the COVID-19 pandemic. This year, events may be held but at a small scale as COVID-19 cases have seen a surge recently in parts of the country.